-fighting with people over anything and everything

-the sweet relief of death

-anyone she gets into drama with, no matter how long ago it was resolved. This includes Rockabillykitty, Pianoskycat, Assthot (a nickname for a user who will not be named), Rat150, Rosystar, etc.

she's an idiot
The Tiger's Roar is a lame 14-year-old kid who enjoys spending her time playing a game meant for children much younger than her and obsessing over pixels with a golden tag on them.

Things you can call her without getting yelled at[]

i lost a frckn class kahoot because of this 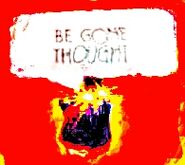 no thots allowed on my page 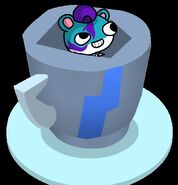 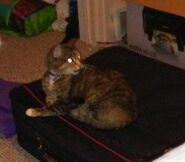 leaked photo of a possessed catto
Community content is available under CC-BY-SA unless otherwise noted.
Advertisement