The Story of Old Chunkybelly Poopypants

Based off a real story. If something that happened in Animal Jam can be considered real.

Note: Pretty immature and stupid, since it was based off me actually trolling in the Pillow Room as a baby and somehow ended up getting adopted. Me, the non member poopy pants rabbit with an ugly cheese hat on, getting adopted by a member arctic wolf– every child’s dream.

This story has a tragic ending. It is yet to be written in the story you see here, but has already been written in Animal Jam history.

Once upon a time, a stupid, dumb rabbit named Old Chunkybelly (Poopypants) was loitering about in the pillow room. Screaming “GOOGOOGAGA!” and throwing poop everywhere. He had very memey eyes and a cheese hat on his head. Obviously, a very young rabbit. He was still a baby after all, but many would think him a fetus.

As he ate some of his poop and rolled around on it, then barfed on an arctic wolf, he screeched “PWEESE ADOPT ME I WANT TWO MOMS OR TWO DADS ONLY ONE OF THOSE NO MOM AND DAD!” Then continued rolling around in his own poop.

Then all of a sudden, a blue arctic wolf came up to him and asked him to go to her den.

Him being a very stupid baby not knowing that you shouldn’t go into the den of a stranger, obviously went right in.

The arctic wolf was now his new mother apparently, despite the fact that he had been throwing poop everywhere, eating it, barfing on others and stated he only wanted either two moms or two dads to adopt him. For some reason Old Chunkybelly didn’t think about that and accepted his brand new mother, in their nice, big beach house.

Old Chunkybelly’s new mother brought him to the bathroom to wash all the poo off him. After about three minutes of him being in the shower, he screeched “YAY! BROWN BUBBLES!”

That alerted his mother and she started going up the stairs.

“Don’t use the bath as your toilet!” his mother snapped angrily as she turned off the bubblebath and somehow cleansed the bath of the poo and pee Old Chunkybelly had left in it.

“Sowwy,” Old Chunkybelly said. His mother turned the water back on with high pressure, in order to wash off all that poop well. Even though she didn’t even give him any soap to wash himself with because she used it all on the bubbles but let’s forget about that.

After a few minutes, Old Chunkybelly decided to try swimming in the bath, and went underwater. “Ooooh! Water!” he said with excitement. “Ooooh! Soap!” he said, with even more excitement. Being an idiot he didn’t realize he shouldn’t open his mouth underwater, and swallowed a bunch of soap and bubbles.

He emerged from the water gasping and burping. He peed in the bath again. “EW! Soap tastes bad!!” he screamed. His mother rushed into the bathroom.

“Speaking of soap, I need to wash your hair with that!” and put a blob of soap on his head and told him his hair was ready to be rinsed. Can we please ignore the fact that she didn’t give him soap for his body but she gave him soap for his hair when you specifically use shampoo for that.

So Old Chunkybelly rinsed off a whole blob of soap, thus wasting it but let’s blame the mother for that. He splashed around in the water and it splashed everywhere, not to mention his pee was still in there.

His mother came in again. “Don’t splash water everywhere!” she said, then grabbed a towel and waited outside.

Finally, he left the shower after 3 hours of him playing with the pee bubbles. He was lead to his room which so happened to be the only path to get into the only bathroom in the house.

“This is your room,” his mother said, “There is your bed, so goodnight.” Uh what about nighttime snacks?

Chapter 3: I poopied my pants!

Old Chunkbelly stared at the fish under the glass for a few minutes, squishing his face to it, his tiny eyes widening as wide as they could be. The fish were probably terrified, swimming away in horror.

He then hopped into the bed and closed his eyes for a few minutes. Then, he suddenly peed his pants!

“MOMMY I PEE MY PANTIES!” he screamed, despite not actually wearing “panties,” but was probably referring to pants.

His mother quickly started leaving her room, when he pooped! “MOMMY I POOPIED MY PANTIES!!!” he screamed, even louder.

His mother flung the door open and rushed in. “What did I tell you? Use the toilet! No where else!”

“Sowwy,” he said. His mother sighed and then magically cleaned up the poo and pee, along with her child’s pants.

His mother smiled. “We all have magical powers!”

“Me too?” Old Chunkybelly asked.

His mother sighed. “Here, take these.” She handed him a few scrolls. Uhm he’s an idiot baby why do you expect him to read.

“Oooh! Paper!” Old Chunkybelly said. As his mother turned away, he tucked them near the corner of his bed, near his pillows, and slept, drooling all over them.

“Hmmm, earth magic, huh?” his mother said to herself.

A/N: This magic thing is not my idea, it was how things played out because well, apparently the adopter of me thought an idiot baby would be good to train for magic. 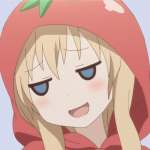