It depends on which member:

Pigma was in the original Star Fox team before betraying them.
WARNING: This article could contain spoilers for Star Fox games. Major spoilers will be censored.

Star Wolf are the main antagonists in the game Star Fox, along with Andross. AirCommander personally really loves this team, and doesn't have a favorite, but hates Pigma and Andrew.

"Annoying bird! I am the great Leon!"

"Allow me to introduce myself. I am Panther... and all who see my rose will meet death!"

"Ha ha! I think I'll torment you for a bit before I cook you!" 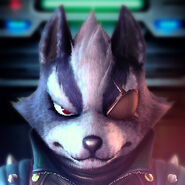 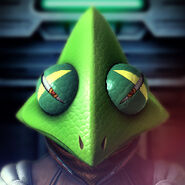 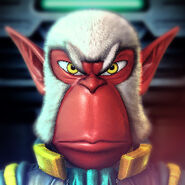 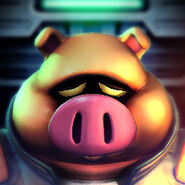 If you count Command as canon, then this is Pigma as a cube :D! 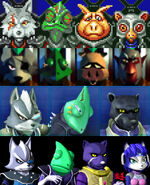 The Star Wolf Team throughout the years (if you count Command as canon).

If you count Command as canon, here is the potentially current Star Wolf Team. (Seriously, what is Leon doing?)

Leon, Wolf and Panther on a wanted poster.
Community content is available under CC-BY-SA unless otherwise noted.
Advertisement