See Trivia.
Greely is the edgelord of Jamaa, the one who created Spiked Collars, (probably) the one who brought dozens of children who were not his own, the one who brought Sheep Cloaks to Jamaa, in attempt to use floof to suppress the spikes. He's also the father of many tween girls that overpower other roleplayers in Sarepia Forest.

Greely is also shipped with many people, such as Mira (WTF?), Amelia (fox alpha), and many tween girls' cringey OCs. But clearly, Greely X Peck is the BEST ship. Just kidding, obviously Greely with his pet rock is the OBVIOUS best ship!

Greely hides in the dark all day, warding away his enemies with his extreme edginess. If they aren‘t gone from that, it’s from is wonderfully edgy attack, “Night of The Edgelords!”

Greely “gave birth” to the leader of EdgeClan, a Sarepia Forest Clan. This Clan uses “lord” rather than “star” as the suffix of their leader’s name. The leader is named “Edgelord”. Edgelord is Greely’s most prized daughter, though of course Greely is much edgier than her.

We all know that Greely is a female and male.

Greely - Both Female and Male

IS GREELY SECRETLY FMAN122? HE HATED THE ANNOYING KIDS TRYING TO 'PLAY HERO' SO MUCH THAT HE WANTED TO HACK THEM????

Find out next time on Crap Theory TV! Will Greely be exposed? See if we failures can EXPOSE Greely on YouTube! 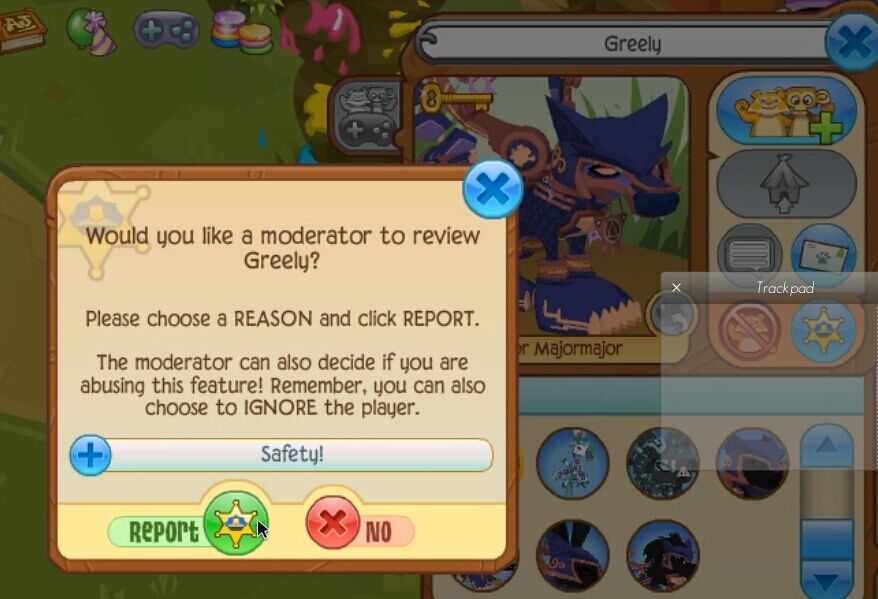