See Trivia.
Bacon is a salt-cured pork, and is prepared for several cuts in a meal. Bacon is very popular around the globe, and as of a result, it is one of the most overrated foods, along with Nutella and Cheetos. Bacon is a 4 billion dollar industry in the USA.
AJFCW/Wikia

Bacon isn't a very popular subject of pages or conversations at AJ Failure Club Wiki, but a few conversations every now and then have arisen on the Animal Jam Wiki.

Due to bacon's popularity, many people celebrate bacon, and basically quote on quote "worship it". This is called "bacon mania", and bacon has become a billion dollar industry. Bacon has unfortunately spawned in many odd products, such as bacon gum, soda, sundaes, and even toothpaste. 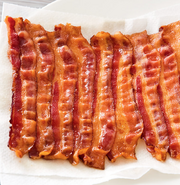 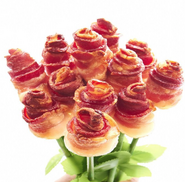 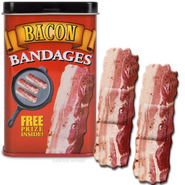 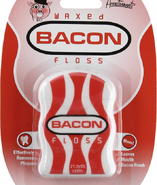 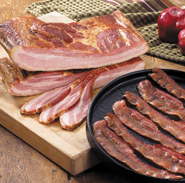 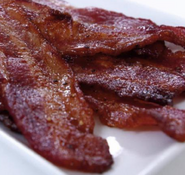